Once upon a time, in a kingdom to the west, lived a proud and honest king – King Gazebo.  He ruled over his population with a firm but fair hand, and provided shelter from the storms for all his subjects, often putting their safety ahead of his own.  With his ruddy complexion and weather-beaten visage he was much loved, and looked forward to many years of devotion to his people.

But despite the respect and admiration of his people, the one thing that King Gazebo did not have was love.  He was content, but alone.  So it was with great interest and not inconsiderable hope that he learned of a beautiful princess, Princess Pinkbox, who had just come of age.

She lived in a kingdom to the north and was proud and haughty, with stunning complexion and striking pink hair.  Could this be the one, he thought?  Would his long years of loneliness finally be broken?  It was with much excitement that he sent his messengers forth to arrange a meeting, where he would impress the Princess with his worldly wisdom and raffish charm.

But alas…the reply was not what he wished for.  The Princess, although delighted by the King’s desire, had to rebuff his approach.  For it seems that the King and the Princess, through the twists and turns of royal diplomacy, would never meet.  Though both were much enamoured of the other through reputation, it seems that they could never, ever meet, and thus it appears that their tale remains a love unrequited…Princess Pinkbox would never be Queen Gazebo.

So there we have it…there’s a new canopy on the block.  The Pink Chilli Hobbit has finally taken the plunge and bought her own gazebo.  And of course, in keeping with her predilection for all things cerise, it has quite a lot of pinkness about it.  It’s the same make and model as mine, so will get the same admiring glances as she shelters from the blistering summer sunshine (yeah I know, but we can hope). 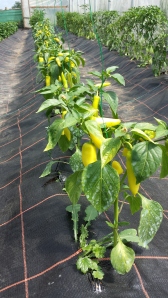 Though slightly dissing the weather there, it’s actually been quite pleasant over the last few days.  Moaning about the weather is a national pastime amongst market traders (the collective noun for which is of course a grumble), but in all reality there’s not a lot to bitch about this week.  So of course we’ve had to find something else to whinge about – in this instance it’s the alleged economic recovery.  Now I don’t know about you, but I keep hearing about this economic indicator pointing upwards, or that growth rate being at it’s best for yonks…but I’m not seeing it in the real world.  Everyone is still understandably very, very wary about parting with their hard-earned cash. And to be fair – so am I.  It’s a natural consequence of the economical mire we’ve been in over the last few years, and I’m not sure what will fix it short of a massive tax cut – which won’t, and in all reality can’t happen.  Don’t get me wrong, I’m not moaning about my lot – I’ve genuinely having the most fun I’ve ever had in the workplace – but I’ve had to postpone the order for my yacht again.  It’s just not fair! 😉

So where was I over the weekend?  Well, once again I was in foreign territory – this time Ottery St Mary in Devon, for their Family and Food Festival.  The pitch was a little challenging – basically on a busy thoroughfare with the back of the

stall to the continuing traffic (tricky when the Harley Davidson Owners Club went past) – but there was a steady flow of customers through the day, and Devon was pretty keen on our stuff.  I had a damned good giggle inflicting Chocolate Habanero on unsuspecting teenage girlies, thus getting some kind of belated revenge on being a sad fat wallflower back in the 70’s.  Vindictive?  Me?  Only a little. 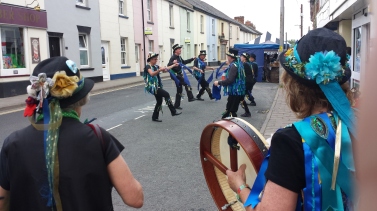 Sunday saw me on home territory in the form of the Melksham Food Festival.  This has a certain nostalgia value for me, as the 2013 festival was when I made my first appearance behind the counter for the Wiltshire Chilli Farm.  After a couple of months out of work I’d had this crazy idea about helping Jamie out with selling his magnificent products, and as a taster session I came along to his stall

to help out for the day.  I can remember being extremely nervous, feeling very  out of my depth, and really unsure about engaging Joe Public unless they approached me.  Now, 10 months later (thanks to the date of this year’s festival shifting earlier in the calendar) I can sum up my progress in one encounter: one of my customers this Sunday described me as being more shameless than Jamie.  Let’s examine that phrase again – more shameless than Jamie.  For those of you that know our illustrious leader you will realise just how much of a stretch that is.  For your humble hobbit to have gone from meek, mild-mannered introvert to shameless hussy in such a short space of time is both remarkable and alarming in equal measure.  Penfold’s gone all Dangermouse 🙂

On the subject of this year’s festival, it was fun – but then it always is!  No chilli eating contest this year (as they’ve moved the date we didn’t have the chillies) but a steady turnout again, maybe a bit lower than hoped but I think that was a combination of it being Father’s Day and also the morning after the night before…the night in question being one where England started their World Cup campaign at 11pm our time.  I tried to watch it all, I did honest, but I don’t remember much after Mario Balotelli’s goal.  In my defence I had been up since 5am, the Devon trip was an early affair 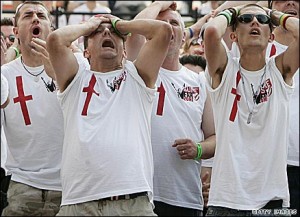 So were we any good from what I saw?  Well yes, it looked like we gave it a damned good go.  We attacked with purpose, scared the pants out of the technically more capable Italians, and were undone by defensive naivety and poor finishing by Wayne and his Amazing Technicolour Haircut.  Still it was a decent performance and, with Uruguay being stuffed by the footballing superpower that is Costa Rica, there’s still hope of progressing into the knockout stages.

For those of you mad enough to have read this blog before and have still come back for more, a couple of revisits.  I posted a couple of weeks back that I was being delightfully upstaged by a young lady by the name of Charlotte.  Her Mum mailed me after that post to tell me that my tiny sales rival was really proud of her appearance here and had printed it out to take to school with her – I can’t explain just how good that made me feel 🙂  I also received a short video clip of Charlotte telling people not to double dip – priceless!  (Apologies for the size of the video clip, I can’t work out how to resize it in WordPress…anyone out there know how to do it?)

I also received a second visit from our local aspiring politician Michelle and her chum Emma.  You may remember they popped up in Chippenham last week and were delighted by their free lollipops.  They didn’t grab one this time but have since tweeted and asked me to give them one…in fact two.  And I thought I was the cheeky one!  Always happy to oblige my gorgeous stalkers 🙂 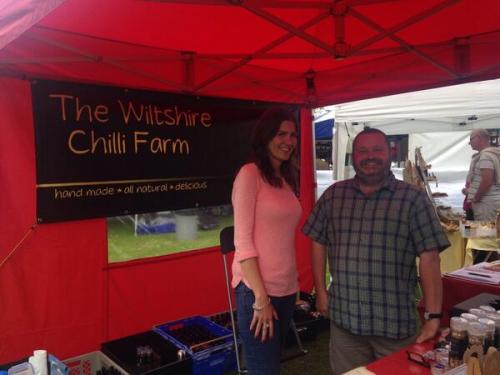 I was at Potterne Cricket Club last week for an evening with former England player Matthew Hoggard.  He came along to coach some of the kids, who loved the session even though I suspect some of them didn’t have a clue who he was.  I always enjoyed watching Hoggy play – he was a top quality English-style seamer who knew his limitations with the bat.  There was always something of the earnest, unpretentious professional about him – I just can’t imagine him launching Hoggy – Eau de Yorkshire cologne.  I managed to drag him down to my level – literally – for the obligatory photo 🙂

So Game of Thrones has finished for another season.  What am I going to watch on Monday night now?  I may have to read a book instead.  I hear George RR Martin has some good stuff out there.

And with that I will wrap up for this week.  You can find me in Lockeridge and Kingham this weekend, and we’ll also be in Bath, Swindon, Oxford, Reading, Corsham, Chippenham and Devon.  And that’s a quiet weekend.  Strewth.

Have a great week, it’s nearly hump day already and the weather is playing ball…for now!

Life…good in parts, but no substitute for the real thing